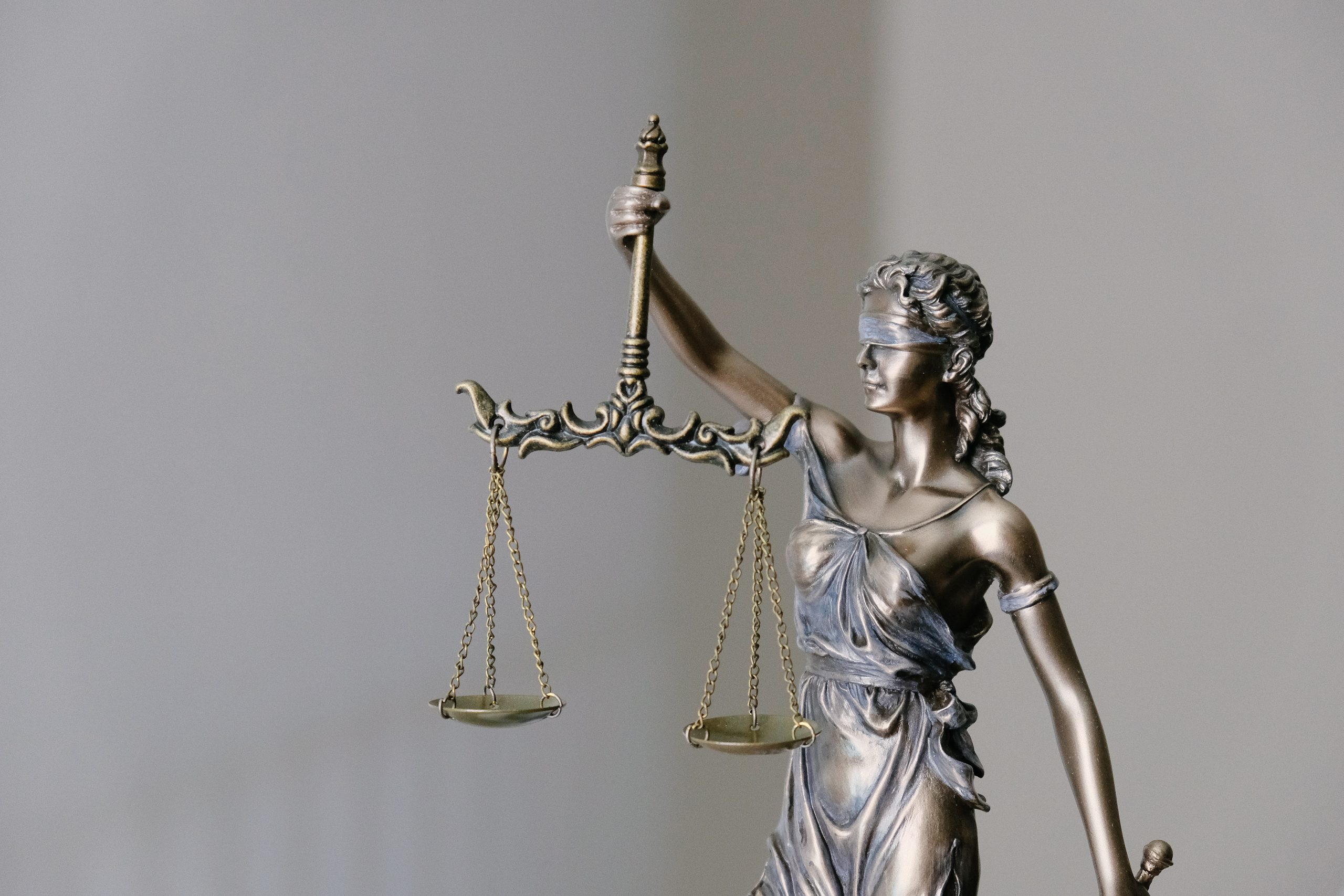 Let’s talk about a somewhat obscure bit of US Law that you might not be familiar with, but if you’re involved with creating any kind of NSFW content, you should be very aware of it. It’s a law that establishes recordkeeping requirements for creators of adult content. It was designed (in theory) to prevent sexual imagery of children from getting produced or sold.

The law is called the “Child Protection and Obscenity Enforcement Act”, 18 USC §2257 and dates back to the 1980s. Like many US Laws, the law itself is actually pretty vague; Congress left it up to the executive branch to promulgate detailed regulations to actually implement the law. This is a common approach to certain types of legislation because the executive branch can move more quickly and respond to changing circumstances faster than Congress can (though, in this case, they haven’t). The implementing regulations for 18 USC §2257 can be found at 28 CFR Part 75.

This law—though at least partially well-intentioned—is deeply problematic for a number of reasons and—as I’ll discuss—it may be impossible for many content creators to fully comply with the law at all, or at least without sacrificing their personal safety.

Important: Since I’m discussing legal stuff here, I need to point out that I am not your attorney, I am no longer a practicing lawyer at all, and the information in this article should not be treated as legal advice. If you are a content creator concerned about your liability under the laws I’m discussing, I would suggest talking with an Attorney. If you can’t afford one, consider reaching out to your local Legal Aid Society.

If you’re creating “visual depictions of actual sexually explicit content” in the US (or plan to distribute such works to the US), this law creates certain documentation requirements you must follow. Failing to comply with these requirements can result in a fine and up to five years of prison time per violation and up to 10 years (with a minimum of 2)  if you’ve been previously convicted under the same law. Those penalties apply per published image for which you don’t have the required documentation, so the stakes are high here.

In photography forums and on social media, you’ll sometimes encounter people claiming that 18 USC §2257 has been ruled unconstitutional and does not need to be followed any more. That is absolutely not the case. One Circuit Court of Appeals did rule the recordkeeping requirements unconstitutional, but in an en banc re-hearing, that decision was reversed, and the case was never granted certiorari by the Supreme Court, meaning the statute, under current law, should be considered valid and enforceable. Until or unless one of these challenges makes it all the way to the Supreme Court and is successful, you would be foolish to disregard the record-keeping requirements unless you’re ready and willing to be a legal test case.

Technically speaking, you don’t need to follow the §2257 record-keeping requirements for straightforward art or figure nude shoots. Non-sexual nudity is constitutionally protected speech and 18 USC §2257 never even actually mentions the word “nudity”. That being said, some photographers choose to create the required records even for straightforward, non-sexual nude images just to be safe.

When you’re creating depictions of “actually sexually explicit content”, which is defined in 18 USC §2256, as follows:

Now, at first glance, this seems pretty straightforward. It is not.

For starters, there’s a contradiction between §2256 and §2257 (which incorporates 2256 by reference).  §2256 says “actual or simulated”, but §2257 specifies “actual sexually explicit”. This means the status of simulated sexual activity is unclear.

Unfortunately, the enabling regulations double-down on the inclusion of simulated content by including the following paragraph:

So, basically, if you simulate it believably enough, it’s covered.

I’ll skip #2. Bestiality is illegal in every state except Wyoming, New Mexico, and West Virginia and really doesn’t warrant further discussion. I hope.

The last two items on the list are not so straightforward.

Finally, we have the “lascivious exhibition” clause that extends the documentation requirements to any imagery featuring “lascivious exhibition of the anus, genitals, or pubic area”. This is the part of the law that really throws a monkey wrench into everything. We know that nudity in art, in and of itself, is Constitutionally protected expression, but at what point, does nudity become “lascivious”, and does “lasciviousness” actually cause its Constitutional protections to disappear²?

The OED definition of lascivious is “feeling or revealing an overt sexual interest or desire”, which doesn’t provide any clarity at all, because it describes a wholly subjective thing. The inclusion of “pubic area” in addition to genitals and anus means images don’t even need to be that explicit for this clause to apply. Arguably, an image of a model suggestively pulling down their bikini bottom to reveal nothing more than a bit of their upper mons pubis, could be interpreted as a “lascivious exhibition” of “the pubic area”. It probably wouldn’t be, but it could the way the law is written (though that interpretation would almost certainly give grounds for a Constitutional challenge).

The huge gray area created by this clause is why many photographers and content creators opt to follow §2257 even when shooting non-sexual nudity. It’s not that hard to imagine why someone might prefer filling out a little extra paperwork to facing potential jail time in a federal penitentiary.

I wish I could give you more concrete guidance about where the line of lascivity is, but the law is vague and the meaning has never been clarified by an appeals court as ar as I can tell.

Up until recently, I would have argued that it’s highly likely that the entire “lascivious exhibition” clause would fail a Constitutional challenge. Unfortunately, we now have an extremely conservative and ideologically-driven Supreme Court, and I don’t have any confidence that they would respect precedent (or even rule rationally) on this issue.

If I had to guess how this would be interpreted, it almost certaintly applies to close-up images of genitals, especially images that include an erect penis, a vagina with labia spread or pulled apart, or of the anus with butt cheeks pulled apart. It’s not impossible, however, that much tamer depictions, such as Hustler-style open-leg nudes, or even less explicit types of nudes where genitals are visible could fall under this vague clause.

When in doubt, it’s safer to comply… if you can.

Before we get into how to comply with this law, let’s talk about the “roles” that come into play, because the requirements under the law apply to people based on their role or roles relative to the shoot:

In many cases, the photographer or content creator will also be the Document Checker, the Custodian of Record, and the Producer. On larger productions, these roles are more often filled by several different people. A Producer, for example, might hire a photographer and/or video crew, and designate their attorney or an employee to be the Custodian of Records. A photographer’s assistant or production assistant will often be responsible for checking and taking a copy of the identification documents.

The records that you MUST keep to be compliant with §2257 are:

You can download an empty form for creating the unsworn statement here.

These documents should be kept separate and apart from your model release and any other contracts or agreements. 18 USC §2257 gives the U.S. Attorney General the right to access these documents without a warrant, so it’s best to keep them separate from your other business records; combining them means that the government must be granted access to the entirety of the combined documents upon request and without a warrant.

In addition, if the document checker and custodian of records are not the same person, it’s a good idea to have your document checker create an unsworn statement under penalty of perjury or affidavit stating that they personally checked the identification, the model was of legal age, and there were no signs of tampering or alteration of the documents they checked. This is not required by §2257, but if at some point in the future, the document checker can’t be reached, having that document will mean you can still provide admissible proof that the ID verification happened and was compliant with the law.

Compliance with §2257 is tricky if you’re primarily publishing to social media or other websites that you don’t fully control. The law was designed back in the days of porn primarily being produced and sold on physical media through traditional distribution channels. The regulations had their last substantive update in the early days of the web before social media took off. As a result, it’s nearly impossible to comply with the letter of the law when posting to social media because the regulations require that “every copy” have the Custodian of Records information “affixed” to it.  Good luck fitting all that into 240 characters.

Additionally, the requirement that a physical address be provided for the Custodian of Records is problematic for small and individual creators who don’t have a separate business address or an attorney. This is especially true for women creators, many of whom already receive a lot of hateful and inappropriate messages simply because they choose to publish images of themselves online. For most content creators, including their physical address on their content would mean putting their physical safety in jeopardy, which is an unfair thing for the law to require.

Although the enabling regulations were significantly revised and clarified in 1995, they have been largely unchanged since then other than small clarifications in 2005 and 2008. There have been zero substantive changes to the regulations since the advent of OnlyFans or Twitter, and the regulations, as written, are impractical or impossible for most small-scale content producers who distribute through social media to comply with.

So, where does that leave the individual content creator distributing images and videos online? In a bit of a pickle, honestly.

As an individual content creator publishing images of just yourself, you are technically a “Producer” under this law, but there’s a weird catch-22 at play, in that if you are actually underage, you’d be tried as a minor. Also, checking your own ID and signing your own unsworn statement seems kinda silly since you know your age and it’s relatively trivial for you to prove it if it ever becomes an issue. This is clearly not the situation the law was intending to address and I would hope that a federal prosecutor wouldn’t ever bother going after an individual content creator for posting images of themselves… but they would appear to have the authority to do so if they wished.

Where things get even more problematic is if you’re collaborating with other content-creators. In those situations, you definitely are a “Producer” under this law and technically are on the hook for the required documentation.

The Current State of Things

The good news is, there are so many individual content creators now that it’s very unlikely that federal prosecutors would waste their limited resources going after them except in truly egregious situations. “Unlikely” is not “impossible”, though, and even outside of §2257, publishing content that includes underage people is a very serious offense that can be prosecuted either Federally or at the state level and can potentially result in having to register as a sex offender… even if you had a good faith belief that all the people involved were adults.

Even though you may not be able to fully comply the letter of the law, at very least you do need to be making absolutely sure that everybody involved is a legal adult and keeping records that proves it.